Knowing about other people’s personal experience of cancer can be a source of support and inspiration when you or someone you love is going through cancer treatment. 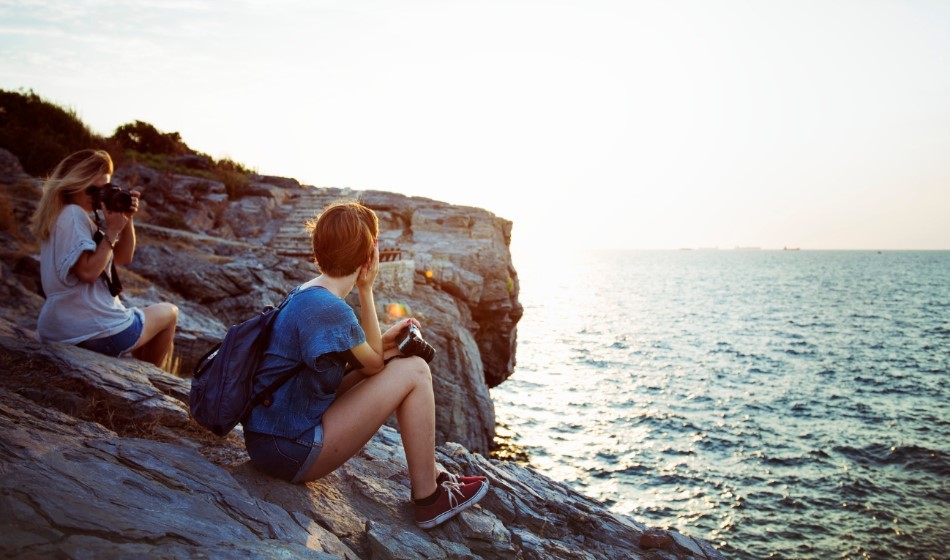 Phillippa's breast cancer journey - I was diagnosed with stage 1 breast cancer through my mammogram. I had my radiation treatment at Bermuda cancer and Health Centre.

Gloria's breast cancer journey - I was diagnosed with stage 2 breast cancer after I found a lump in my breast. I was only 33 years old.

Ellen's breast cancer journey - I was diagnosed with an aggressive form of stage 1 Triple Negative breast cancer. It was the day before my 60th birthday

"Running Battle" - Fighting spirit: Jon Beard, who lost his wife and father to cancer, and has beaten prostate cancer himself.

"A taste for success" - About four years ago, Julie Grayston-Smith lost her sense of taste.She had breast cancer, and the chemotherapy and radiation treatments left their mark.As she cooked for a living, it made her job very difficult."You get this.

"Cancer has an uncanny way of knowing when you give in” - Robert Emmett, stage 4 bladder cancer survivor.

Tribute for Malinda Binns - lost her battle in Nov. 2016, melanoma of the sinuses, cancer of the kidney and brain cancer

"The story of my health battle" - our own Rhonda Smith-Simmons, stage 2 triple negative breast cancer survivor 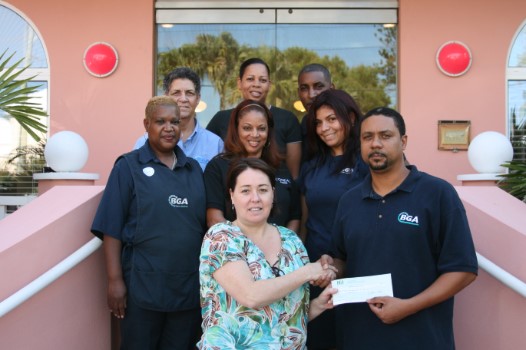 In June 2011, BGA Wholesale Distributor held a company-wide Biggest Loser Competition. One of the prize categories was labeled the "Winning Team". The Winning Team would win the opportunity to donate $500.00 to a local charity of their choice;

There were 5 competing teams. Team names were: BLADES, GLADIATORS, AFTERSHOCKS, WILD THINGS and DOMINATORS. In September 2011, BGA announced the winning team to be TEAM BLADES!!!! Team Blades started off with 9 team members and lost 4 team members during the course of the competition.

Congratulations and thank you for your invaluable services to Bermuda!!!!

It all started as an innocent girls catch up dinner just before Christmas, another year nearly over and another birthday looming and for two of us, big ones.  Sharon was turning 50 and Deanna 40 so what could we do to make them special, a foolish thought by Sharon, lets run a marathon together.  Wine talking, we all agreed and that's how Boston came about.  As for choosing Bermuda Cancer and Health  we have all had somebody we know suffer from cancer and whilst we were all running (17 miles) together early one morning we pondered the fact that statistics show that maybe one of us would indeed come into contact directly with cancer so here was our chance to help out and play a part in the fight against breast cancer. 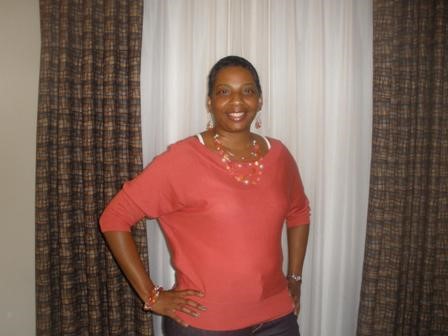 I was diagnosed with breast cancer at the age of 39, however, I am so happy to say that I am a SURVIVOR and to be able to share my story with others.   Thank goodness I was having regular mammograms beginning at the age of 30, as they spotted the lump during my yearly routine mammogram.  I must say at this point, it is very important that women schedule and have their mammograms yearly, as if I had not had mine, I would not have known that I had cancer.  Early detection is key and my lump was so small, that I could not even feel it, right up until the day that I had surgery.  Click here to read more.

On Thursday 14th May 2009 Roger Completed the Cornish section of the South West Coastal Path in just 16 days and raised over $30,000 dollars for bermuda Cancer and Health Centre and the UK Breast Cancer Charity Breakthrough. Congratulations Roger on your amazing achievement!!! 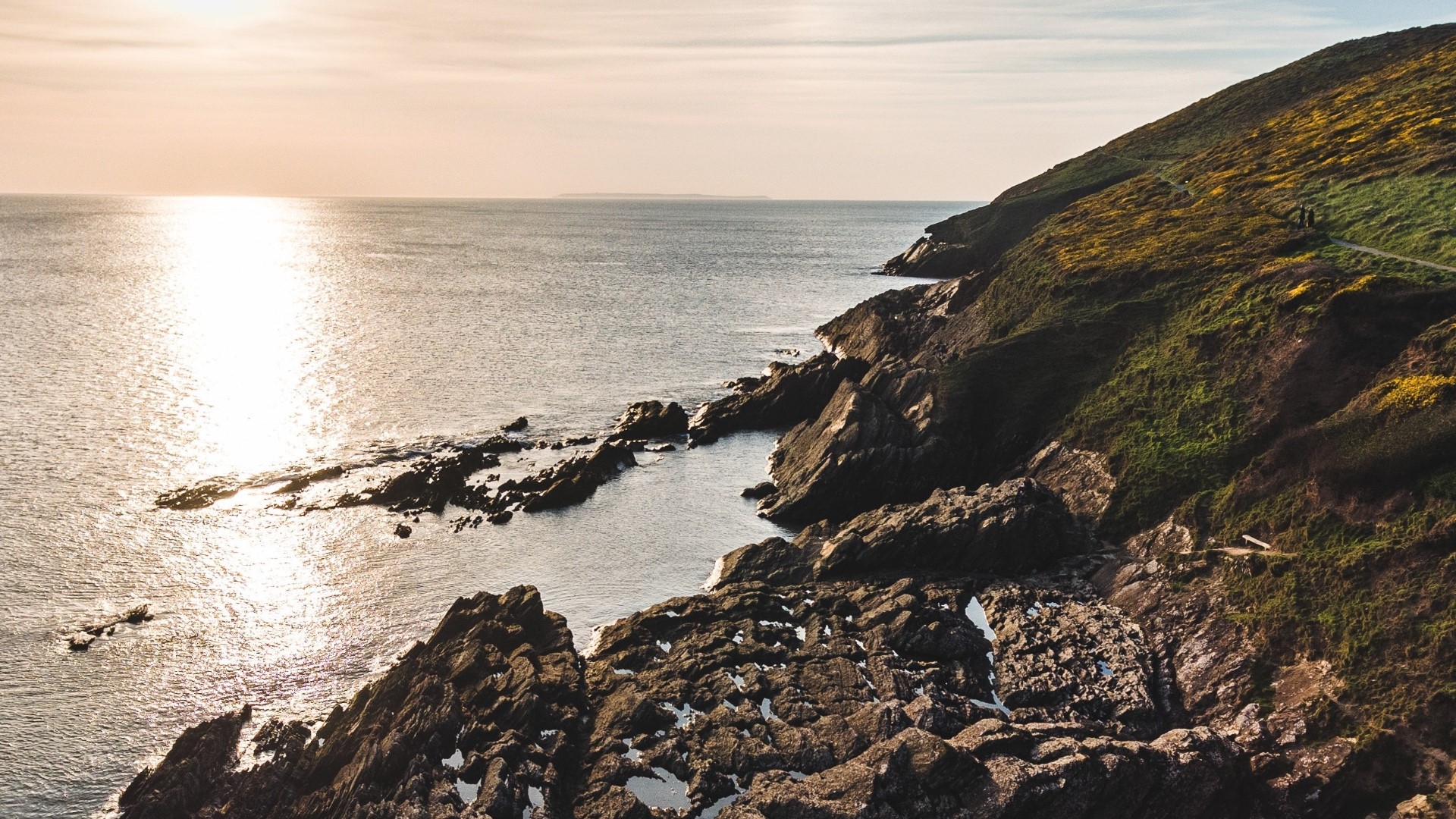 Already painted pink, the Restless Native will be raising her sails to honour people affected by breast cancer.  Restless Native has teamed up with Lindo's and Bermuda Cancer and Health Centre to help beat breast cancer - Cruise for a Cure launches this month providing an opportunity for people to sail through Bermuda's Harbor and Great Sound while raising money to aid a local charity. To find out the story behind the Restless Native, click here.

This powerful video tells of a daughter's emotional story of wading into the rising flood of information about her mother's stage III ovarian cancer diagnosis. The story illustrates the difficult but important role family members can play in helping a loved one make informed cancer treatment decisions, including the possibility of a clinical trial. The story also describes how to contact the National Cancer Institute's Cancer Information Service for knowledgeable, caring, and personalized help in understanding cancer and available resources. NCI's cancer information specialists are trained to answer cancer-related questions by telephone (1-800-4-CANCER).

If you have questions about cancer, we have answers: